Knitting mittens is a great way to spend a cold and rainy afternoon.  These Wicked Knit Mittens, for example, are fun to make and show off!  Combine whatever two colors you like, although the neon pinks and greens look great together...and those little hearts on the top of the mitten are precious! 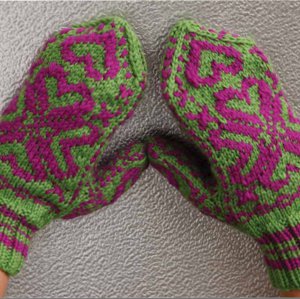 SIZE: 21.5cm (8.5in) Hand Circumference
TENSION: 26 sts and 26 rows to 10cm (4in) over chart pattern.
ABBREVIATIONS: M1 = Make 1 by picking up strand before next st and knitting into back of it.
Graph for Patterns: 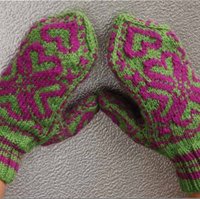 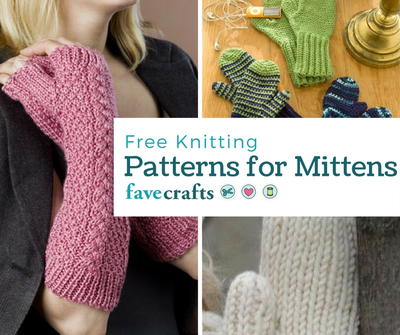 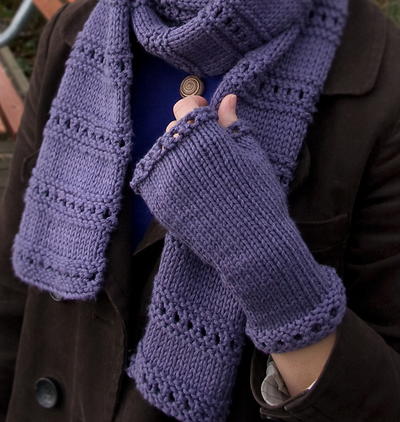 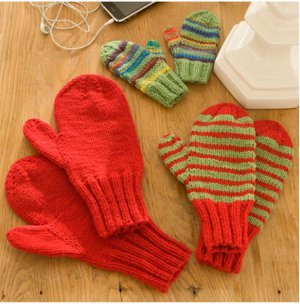 Mittens for the Whole Family 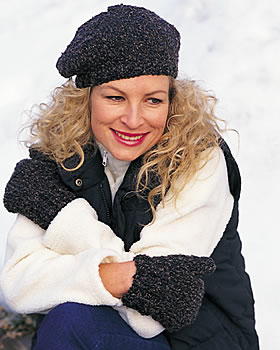 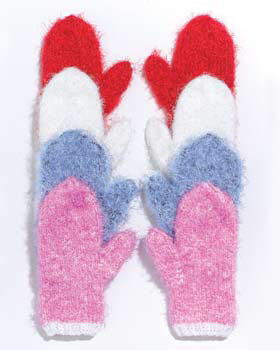 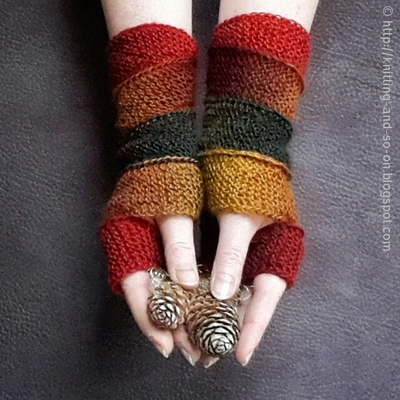 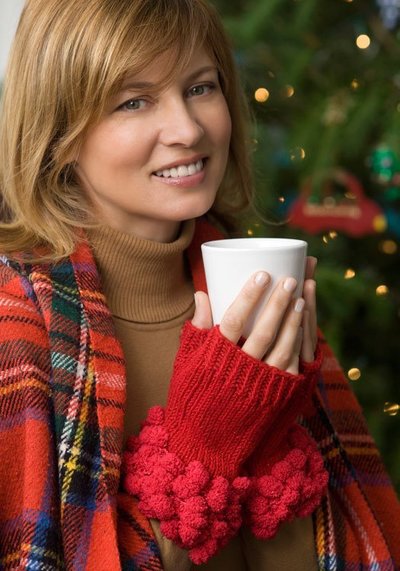 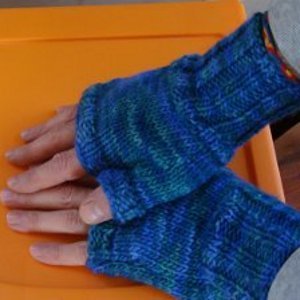 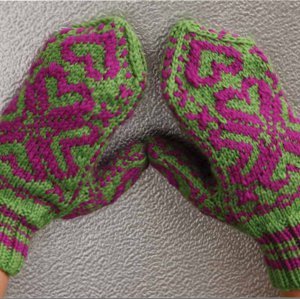 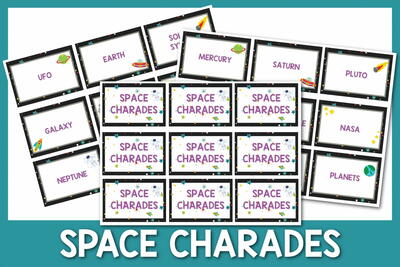 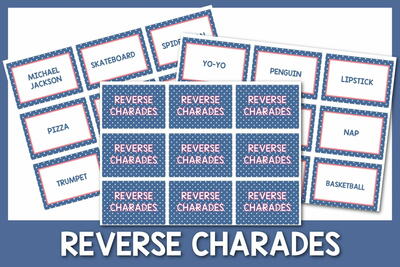 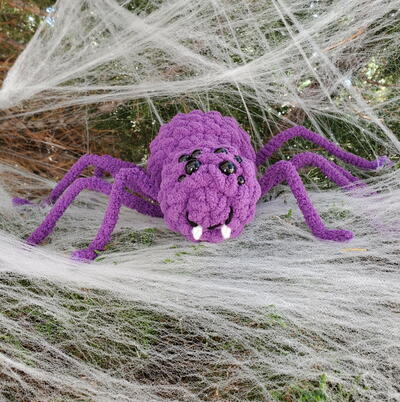 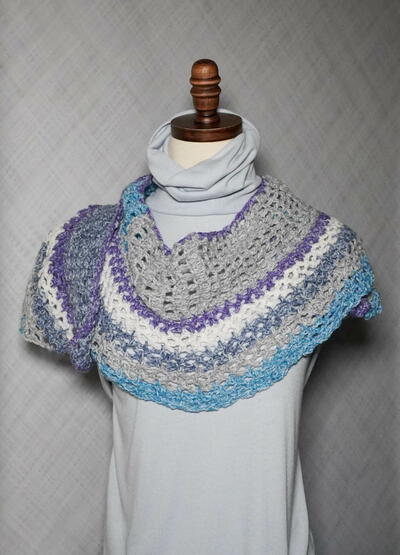 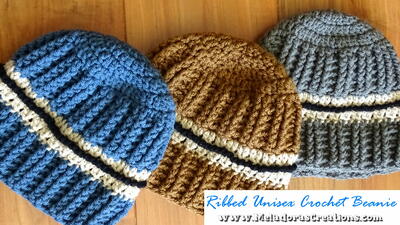 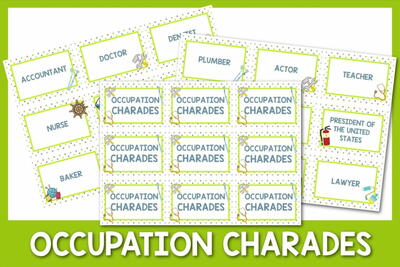 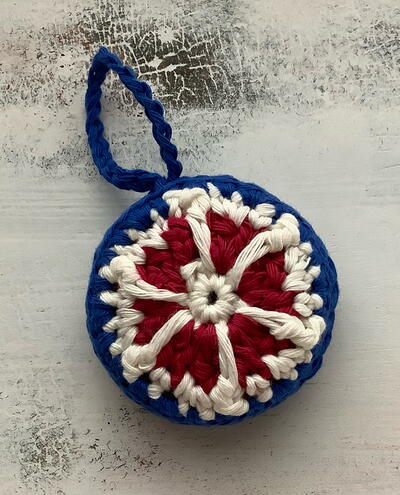