Whatever happened to Serenity Looms?

Ranking extremely high on my daily views of video tutorials at about 800 views per day is Serenity Looms. Interestingly enough, a regular email and posting I get weekly, is Where can I  find one of these looms?  They are currently off the market. Even though I have posted on the videos they are not available, people are still inquiring where to find them.

Serenity Looms to me were anything but serene, in fact, I swear the ‘S’ configuration was short of “Satan”. Not surprising, the Serenity Looms couldn’t be found on shelves by spring of 2009. They had all vanished without a trace.

The only reason why I have two of them now, is that a viewer found them on the clearance shelf for nearly half price. So she bought the entire shelf out thinking she was getting a bargain. For me, I hadn’t used one yet but was fascinated by the afghan design. I’m not selling them.

I got my Serenity Loom eventually and I was so disappointed with it. My serenity loom fell from my lap and hit the floor and broke as I was starting my first project. The plastic was too flexible and snapped a peg off at the bottom. With no replacement pegs, my loom was garbage. I was pretty ticked off. I found the loom to be too flexible that I believe that if I did something big on it, the loom could potentially snap in half.

I have a rule, I don’t like to criticize current gadgets on the market. However, knowing it was off the market, I figured I can be honest about my feelings and interactions with Serenity.

I ran a second video on how I felt about the loom and its draw backs. The Truth About Serenity Looms. This video got some attention and executives involved with this loom got a hold of me. Knowing already that it went off the market, there were key issues shared in this video which could lead to the re-creation of a similar loom and address the faulty problems going on with it. I was told that it came off the market because the manufacturer’s plant had caught fire and burned to the ground. Regardless of that unfortunate circumstance, this is actually an opportunity for a re-birth to a product that was not doing the greatest.

I’m about giving the consumers choice,give them the knowledge whether it’s good or bad; allow viewers to make the choice. Though my review about Serenity is still negative, there are people who still want the looms. I think human curiosity compels us to want products though others aren’t too happy with it.

So the answer right now is that Serenity Looms are not currently available.

The most “Liked” video in my entire collection is the Super Star Baby Afghan Tutorial. This 30 minute tutorial gives you the power to create something completely unique and fun. Mix up your colors to personalize your tastes in crochet designs. Countless people have been crocheting these super stars since the release on You Tube. […]

Nothing says I love you more than a handmade gift, so tell Dad how much he means to you by making his Father's Day gift by hand this year. In Crafts … END_OF_DOCUMENT_TOKEN_TO_BE_REPLACED 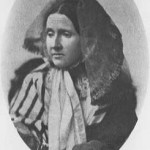 Individually, we define Mothers Day for ourselves: our one breakfast in bed all year; a day at the park with our kids; a gathering of the generations … END_OF_DOCUMENT_TOKEN_TO_BE_REPLACED