National Craft Month is still going strong and today we’re bring you one of our favorite projects from Hambly. This Wood Veneer Embellishment is great for your scrapbook layout. You can choose your favorite colors and make them nice and bright for spring. Add rub-ons and dress up your pieces. Leah Farquharson for Hambly Screen […] 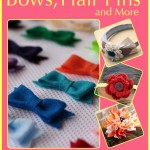 Summer is a great time to add a little flair to your hair, and with this collection of How to Make Bows, Hair Pins and More: 33 DIY Hair Accessories, … END_OF_DOCUMENT_TOKEN_TO_BE_REPLACED 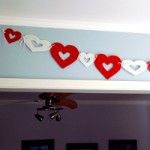 Roses are Red, Violets are Blue, You're the Greatest Mom, Which is why I love you! Mother's day is on it's way so it's time to get all your poetry … END_OF_DOCUMENT_TOKEN_TO_BE_REPLACED