Preparation is the key to success, and the key to preparation is having the right tools.  For instance, if you want to make an omlette, you need some eggs and a willingness to break them, if you want to be Batman then you need a utility belt and a butler, and if you want to make a Shakespearean farce then you need identical twins, cross-dressing, and puns.  However, most of you out in our corner of the blogosphere are more interested in crafting, so what are the essential tools every craft-fan needs in their arsenal?  We put the question to you on facebook, and here are a few of the best answers we received!

When we started looking at all the comments, a pattern started to emerge very quickly

The humble cutting tool, mainstay of the kitchen and the medieval battlefield, was almost invariably the first or second thing on the minds of our readers when it came to the craft table.  With scissors occupying such a high position in the crafting hierarchy of needs, you’ll want to be sure to own the best pair for your particular fancy.  Most fabric projects call for a pair of scissors like these.  Lower qualities scissors derive their cutting power from the shearing action between the two blades rather than sharpness, but you’ll want sharp and heavy scissors that can go through even delicate fabrics without any tearing.  Embroidery scissors are  narrow and sharp-pointed, perfect for snipping and trimming.  For paper crafts, a pair of good general purpose scissors like these will get the job done, but you can get more selective based on the sort of work you’re doing.

Personally, I’m not willing to do anything more stressful than getting up from my chair without a good cup of coffee, but it’s clear from the feedback we received that adhesives are the #2 most mentioned crafting item.  A lot of you clearly appreciate the convenience and speed that comes from a hot glue gun, not to mention the opportunity to make “Zap! Zap!” noises and pretend you’re in a 1970’s sci-fi movie.  Beyond that, there’s a whole plethora of glues out there for different projects, so check labels to see what’s best for the project at hand.
Some general glue rules of thumb:

Of course, with so many different crafts in the world, exactly what kind of scrap people prefer to play with was very different.  In our extremely informal poll the most popular choices were paper (including cardstock) and fabric.

Beyond that, many of our readers wanted to stress the importance of intangibles

We couldn’t have said it better ourselves!

Do you agree with our respondents?  What items would you add or subtract? 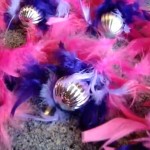 Using Feather Boas and Christmas Balls, Combine the Two Together to create unique Christmas Tree Ornaments. Using a feather boa and some plastic Christmas balls that have been purchased from a dollar store. Cut off a snip of feather boa. Using a hot glue gun, glue the feathers to the top of the balls.   […]

Easter is such an exciting and fun holiday, and your focus in March should be on just that. The days of fussing about what to prepare for Easter or … END_OF_DOCUMENT_TOKEN_TO_BE_REPLACED 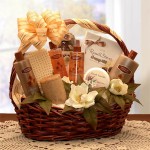 Mother's day, just like any other holiday will be here before you know it. So why not get ahead of the game and start your gift giving ideas now. I … END_OF_DOCUMENT_TOKEN_TO_BE_REPLACED