One of the best ways to celebrate the New Year is to look back on the past, and then also look forward to the future. By reflecting on the past, you can see how far you’ve come. But it’s also important to look toward the potential that the future holds! New Year crafts often commemorate both of these ideas, whether in a card or other craft. New Year crafts are a fun family activity, as well as a meaningful individual project that will help keep you in line with your goals and accomplishments.

One of my favorite New Year crafts is a family photo project. Every year on New Year’s Day, my cousin takes headshots of everyone in the family and puts them in a thick photo album she bought back in 2000. She used to take polaroids, but the film has since become rather obselete – so we’ve gone digital. She places the photos in the album, and asks a question to go along with it. In years past, she’s asked: What are your top three movies, musicians and foods; If you could rule the world, what would you change?; What is your favorite things about New Year? We’ve even had the task of writing a New Year haiku!

As the years have gone by, we have nearly a decade of photos of the entire family – along with personal, often goofy, thoughts from each person. The great thing about this album is that we’re literally able to see how we’ve grown physically and mentally. And as the family grows, people get married, and so the photo collection grows. It’s really been a blessing to have this photo album in our family.

A similar craft to my family’s photo album project is a scrapbook page. Scrapbook’s can be time consuming to make, but it’s nice to be able to look back on a period of your life with memories, photos and captions. Make a simple scrapbook page for yourself or a family member. A fresh take on a scrapbook page is to give a scrapbook card. The same idea as a scrapbook page, folded into quarters with photos on the inside!

If you like this project, Check out this New Year Scrapbook Page craft and Christmas Cover Story card craft. 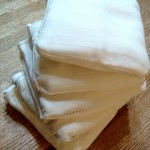 This guest post was written by Karen Lee from ecokaren. Why You Should Refuse Plastic Bags More than five hundred billion plastic bags are made worldwide each year. Plastic takes thousands of years to biodegrade in landfills and when plastic debris end up in ocean, they harm marine life and pollute the waters. Several cities […] 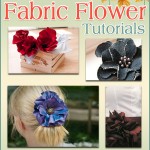 What’s more miraculous than a bed of daisies blooming in your front yard or a fresh bouquet of roses from your main man? The vibrant colors and shapes … END_OF_DOCUMENT_TOKEN_TO_BE_REPLACED 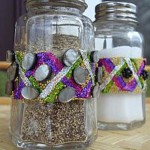 The countdown to Mother's Day begins! In just under a week you can surprise your mom with fun handmade gifts that will just melt her heart. If you … END_OF_DOCUMENT_TOKEN_TO_BE_REPLACED