Joseph, a strong follower of The Crochet Crowd has completed his Catherine Wheel Stitch Blanket

Joseph Cichon III recently celebrated his personal acheivement on this magnificent Catherine Wheel Stitch Pattern that can be found in video format on The Crochet Crowd.

Joseph is 43 years old and attempted Crocheting when he was 18 years old. He worked on the same blanket doing single crochet for about 1 year and gave up thinking the craft wasn’t for him. After 19 years, he pulled out the blanket again and a close friend showed him how to double crochet. The Double Crochet opened his new love for crocheting as we can all agree doing double crochet speeds our work up dramatically.
You could almost say Joseph was obsessed but I think hard core crafters can relate to his enthusiasm and personal drive. Only 9 months later, he had just completed his 14th blanket! Can you image that?
One could strongly assume that he mastered the skills of double crochet and heard a rumour that he could find more patterns online. He never used YouTube as a source of information but accidentally stumbled onto Michael Sellick’s Crochet Courses known as The Crochet Crowd. Michael Sellick, known as Mikey, spread his enthusiasm and Joseph caught the opportunities to expand himself into other patterns and ideas.
Like many people, they have found the power to self learn at their own speed using videos on YouTube. Joseph has subscriptions for Bethintx1 and tjw1963 on YouTube and gets updates when new patterns are released. He loves the challenges of the new ideas that are presented on a frequent basis.
So what keeps Joseph going? Simple… he has three projects on the go… When he gets bored of the colours or pattern, he switches off to one of his other projects for a change in past.
The blanket you see in this photograph was gifted to Joseph’s Sister In-Law due to being really exceptional during a greiving period that Joseph recently went through. Joseph wanted to repay her kindness and love with something truly from the heart. 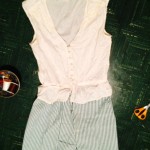 Amazingly, this AllFreeSewing editor found herself with a free evening. No work, no chores, no obligations. Obviously, I b-lined it to my sewing machine. Before settling down, though, I glanced upon my copy of the famous Constance Talbot’s, The Complete Book of Sewing. Released in 1943 you would think this collection would now be outdated […] 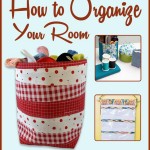 At AllFreeSewing, we're big fans of talking about not only our favorite sewing patterns, but our sewing dreams. More often than not when we chat with … END_OF_DOCUMENT_TOKEN_TO_BE_REPLACED 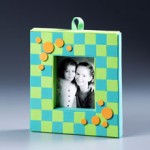 Kids are adorable especially when they're trying to make cute crafts for fun holidays. Mother's day is on it's way which means all the kids are … END_OF_DOCUMENT_TOKEN_TO_BE_REPLACED