Did you miss the FaveCrafts Radio show yesterday? It was such fun! We got some hints and tips from professional crafters as well as some inside industry scoops! We also gave away some awesome prizes to participating listeners so be sure to listen live next month.

The show started off with a bang by giving our brand new host Amy Anderson the moniker of “Gluing Guru” and announced the giveaway prizes from our show sponsor Plaid. Two lucky winners got a pack of Amy’s favorite, Mod Podge, and a set of hot glue gun helpers!

Our first guest, Anna Hrachovec from Mochimochi Land told us all about how inspired she was by studying abroad in Japan to create the little knit creatures that live on her blog. She told us that even after all the practice she’s had making these adorable creatures she still sketches out her ideas before getting started! What a great tip for some of my never-finished crafts! After talking about her new addiction to GIF images, she gave us some of her tips for hobbyists who want branch out and try to become professional crafters. If you missed her tips, you can hear them here!

Our next guests were Cathie and Steve! We found out that they are definitely not married, how they met and started their crafting empire, and that they love Mod Podge (who doesn’t?) and squeal when they see a Dollar Tree! Cathie shed some knowledge on why Dollar Store crafts are so popular – they are super cheap so if they don’t go as planned it’s not as big of a deal. Also, they leaked some super secret insider news about a TV show! Want to know what it was? Well you’ll have to listen to find out!

We wrapped up the show with Pinterest lover Brittany aka Pretty Handy Girl. She gave us some tips on having the best Pinterest experience you possibly can like following lots of people! This means that you’ll always have new and interesting things to look at when you log in. We know that Pinterest can be addictive so we also asked how to reduce time on Pinterest. Want to know what her tips were? Listen in the archives!

Oh yea, want to know who’s rule of thumb for minimizing time on Pinterest this is? Listen in to find out! I’ll give you a hint, it wasn’t Brittany!

Tune in next month on April 10th and 11am EST for more giveaways, more tips, and more craziness!

Did you listen in this month? What did you think of our return to radio?

Don’t forget that March is National Craft Month, and we’re still giving away a prize every single day! Just head on over to our Project of the Day post and leave a comment to enter. It’s that easy! Plus be sure to check back every day to see if you’re the lucky winner!

Reader Question: Is there a difference between all the different types of solder available?  And any soldering tips would be appreciated.

Answer: There are a few different kinds of solder.  The type of solder you need will depend on what you’re planning to do with it.  Some varieties of solder, like those used to make stained glass work, often have a small amount of lead in them…so you want to be careful when and if you’re using solder to make jewelry.

When you’re in the market to buy solders, make sure you check on the lead content, especially if you’re planning to make jewelry with it.  I highly recommend the Walnut Hollow Designed for Her Creative Soldering Tool.  It’s easy to use and can be used for anything from jewelry making to stained glass crafting.  It comes with the perfect soldering iron, assorted tips, and lead-free solder that doesn’t need any additional flux (flux is a liquid used in soldering to help adhere to the solder to the copper tape).  For jewelry making, this is your best buy.

You can find a Soldering Iron Kit and additional lead-free/no additional flux needed solder on CutRateCrafts.com.

Do you have a question for Maria Nerius, Craft Expert at FaveCrafts.com?  Just send us your question! 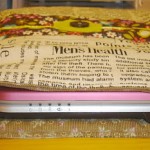 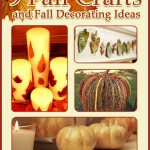 If fall is your favorite time of year, we have a treat for you! Our latest eBook is dedicated to all things autumn. We can’t think of a better way to … END_OF_DOCUMENT_TOKEN_TO_BE_REPLACED 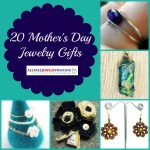 Mother's Day is fast approaching, so it is time to think about the perfect gift to get your mom this year. Yes, there are the typical staples: a card … END_OF_DOCUMENT_TOKEN_TO_BE_REPLACED