Last week we attended the Craft and Hobby Association Trade Show in beautiful Anaheim, California. If you have never heard of the CHA show, it is a trade show for craft manufacturers and retailers that happens twice a year. The CHA Winter Show is generally a much larger show and really starts the year off right with so many new products, inspirational projects, and so many creative people all in one place. At CHA Winter 2012, there were so many things we would love to share with you all, that we are so happy to give you this list of awesome articles about the show.

If you have an article with CHA Winter 2012 coverage, feel free to add it below! Then use our RoundUp logo on your post to complete the circle of love. And don’t miss our CHA Giveaway! There is still time to enter and it’s so easy!

Mikey’s back at Bernat (Spinrite Factory Outlet) on December 3rd, 2011 between 10 am – 3 pm. This is when Mikey will be hook’n up a storm and creating a fun atmosphere. We laugh, share and connect with others who are totally into the fibre arts.

This time, bring your size J or 6.0 MM crochet hook or you can buy one at the store if you forget. We are going to be playing with a quick project idea that you can make for yourself or even better, whip it up for a loved one for a Christmas gift! I’ve never taught crochet at Bernat and this will be my first opportunity. You can either watch and learn or buy a ball of yarn and begin immediately with me.

You will be able to see all the products made for AllFreeCrochet’s 12 Crochet Gifts of Christmas at Bernat.

This is a free workshop event.  Watch for Bernat’s Flyer for exact details and what December’s sales are going to be!

Hope to see you there! 🙂 Enjoy

Today we are blogging Live from the set of The Martha Stewart Show! We are so excited to be bringing this show to you LIVE as it happens with every juicy little detail. Tune in on our website for complete coverage in real time or read it at your leisure. And in honor of this very special event, we have a Giveaway for one lucky reader!


First enter by leaving a comment below answering the following question:

What would you make with Martha’s new paints?

We can’t wait to hear from you on this one! This will give you one entry. But wait, there’s more…

Earn additional entries for each of the following:
■ Tweet about the giveaway using the share button below or writing your own tweet to tell all our friends! (example): I entered the @MarthaStewart #giveaway from @FaveCrafts and you can too! http://www.favecraftsblog.com/?p=18544

■ Blog about this Giveaway and/or our Live Blog at The Martha Stewart Show.

Please enter one comment per entry. So, once you have done any of the additional entries remember to come back and comment to let us know. Contest closes on Wednesday, October 5th at 5pm CST. One reader will be selected at random. Good Luck!


Our Live Blog begins at 9:45am EST today! Login and join in on the fun, let us know what you think of the show, or ask a question! We would love for you to join us. Just click on the image below to join all the fun!

Crafting For A Cure, who services Hospitals globally, is looking for crafting goodies to give to prenatal units.

Crafting for a Cure , founded by Pamela Beliak, is back with The Crochet Crowd again this spring.

See a video interview with Pamela Beliak. You can see her mission and see her personality thrive at Creativ Festival.
Pamela and The Crochet Crowd are launching their 4th Donation Drive together. Together with The Crochet Crowd crafters, the viewers are asked to donate finished crafting peices of Pre-Natal Units for Crafting For A Cure.
Items they are looking for include:

If you can think of something else to donate to this specific calling, you are most welcome.

If you would like to have your item auctioned off, they would love your permission to do so. It’s a great way to donate items and have your gift go extra further. One sweater last year was offered $300 but was never auctioned off because permission was not asked from the doner.

Items can be mailed to:

In Southampton Ontario Canada on July 2nd – 3rd, 2011 there will be a street sidewalk sale of artisan’s and creative individuals. The idea of this event is to showcase the talent of creativity for the locals. As you might know, Southampton is in the heart of tourist country for Ontario. Enjoy the warm waters crystal clear waters of Lake Huron and walk the main street filling your mind with creativity.

Mikey, from The Crochet Crowd will be joined with an array of local talent at this event. He will be having his classy crochet jewelry for sale. This event is from Saturday 9 – 5 pm and Sunday from Noon – 4pm. Bring your own tables, easels, and materials you need to provide for your set up.

This is being arranged by August Skies Home Decor. If you would like to display your products, contact Carol McKnight at augustskieshomedecor@gmail.com They are looking to make this a Sunday Event for the remainder of the summer if people are interested.

Hope to see you then!

I stopped over at the CREATE with Cloth Paper Scissors Mixed Media Retreat on the 27th, and it was amazing! The first annual mixed-media weekend, hosted by Cloth Paper Scissors, featured arts and crafts workshops by renowned artists and crafters. People came from across the country (and even overseas!) to attend the retreat and learn a new craft technique or two.

There were all kinds of amazing mixed media workshops going on when I visited the event at the Hilton in Rosemont, IL. Room after room, there were crafters making jewelry, bags, journals, and other things using paint, paper, fabric, and recycled objects. All of the classes were essentially working with the same materials, and it was so cool to see how each instructor put his or her own spin on mixed media crafting.

I met the inspiring duo behind Dinner at Eight Artists, Jamie Fingal and Leslie Tucker Jenison, who were teaching a class called “Dreaming in Canvas: A Painted Quilt.”

Here’s a sample of Jamie’s style:

There was also a really cool class called “Gyotaku Collage,” which taught the Japanese technique of fish printing, and “The Trashy Clutch,” on how to make a clutch purse out of, well, trash! My favorite class was called “Jewelry Alchemy,” taught by Barbe Saint John. Hear my thoughts below:


The CREATE Retreat really is a retreat. Many attendees look at this weekend of workshops as a relaxing getaway. Instead of going to spas or girly bars, women can go to a crafting event and get the same therapeutic benefits of a facial through creating art. This event, and others like it, bring together people with common interests who can talk, socialize, and create together, which makes a nice break from the daily grind. Check in with Cloth Paper Scissors to find out about future events, which are held all over the country.

If you’ve never tried mixed media art before, you should give it a try! It’s the perfect blend of art and craft, and it covers everything from altered art and collages to crafting with found objects and the ever-popular artist trading cards.

It’s a creative girlfriends get-together! One of the most fave times in the creative process is sharing your creations and here’s your opportunity to do it LIVE on Facebook! Inspired at Home is hosting a LIVE Pajama Party – Share Your Creativity event on Wednesday night, November 11th at 10 pm Eastern (9 pm Central, 8 pm Mountain, 7 pm Pacific). This is your opportunity to share any Fave Crafts projects that you have created. Even if you don’t have a project to share, you can still join in the LIVE fun and see what everyone else has been creating! Check it out! 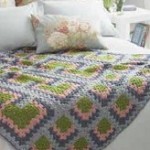 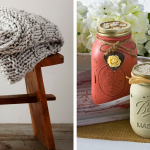 I've been in a bit of a Pinterest slump lately. I'll find a project I like while scrolling through pins only to realize that I either 1.) Can't find … END_OF_DOCUMENT_TOKEN_TO_BE_REPLACED 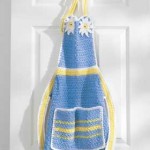 As Mother's Day approaches this upcoming weekend, I still can't seem to decide what to get my mom. With the state of the current ecoonomy, she keeps … END_OF_DOCUMENT_TOKEN_TO_BE_REPLACED