I have been on a roll lately with my recyclables.  Every newspaper, magazine, bottle and can has gone straight into a recycling bin.  Ever since my New Years resolution to be more environmentally friendly I have developed a true respect for recycling and reusing!  But it’s not just materials like paper and glass that can be recycled!  As I recently realized, there are dozens of common household items that can be recycled and reused to make something else.

One example of this would be old towels.  As I was cleaning out my apartment last week I realized that, over the past few years, I had somehow managed to acquire far more towels than I needed.  Tea towels, dish towels, bath towels, beach towels, and the list just keeps going!  Many of them were old and a little shabby, but still in decent condition.  That was when I began to ask myself, why can’t I recycle these?  Going to my computer, I began to do a little research and found several cute and fun ideas for recycling old towels.

One craft that I really liked was for making tea towel pillows.  This project involves reusing old tea towels to make beautiful, one of a kind pillows.  Part of the reason why I like this craft so much is because, for such a simple sewing project, it still manages to result in a unique and cute product.  The blog that I found this fun craft on is called Centsational Girl.

Another project that really caught my eye was this hand towel tote.  I love how cute and perfect it is for summer days spent at the pool or beach!  Finding this craft from Tatertots and Jello was honestly the answer to my prayers!  Now instead of having to buy a beach bag for the summer, I can save my money and make one instead!

During my search for ideas I also came across a list of several ideas on a website called All Free Sewing.  I took my favorite project from that list, an embellished hooded towel, and added it to my own list.  I am already planning to make this craft and then give it to my niece for her birthday in July!  The idea for this project originally came from The Cottage Home. 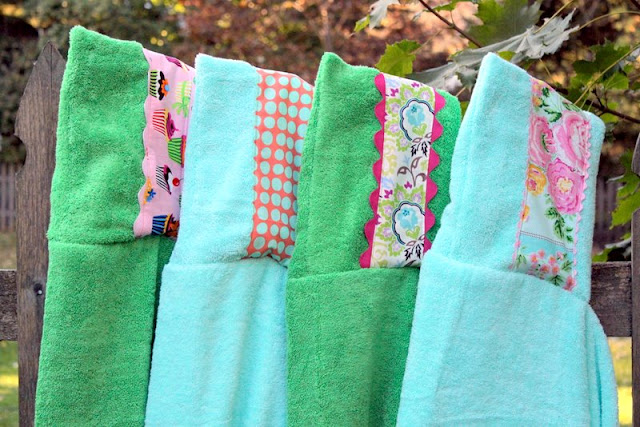 This last craft is one that I thought was just too cool to pass up!  It is a project to make a wallet from a dish towel!  The blog where I discovered this craft, Obsessively Stitching, features a boys wallet, but the instructions work just as well for a girls wallet too!  I am having a hard time deciding whether to make one for myself or to make one as a gift for someone else.  Hmm.  Maybe I’ll do both! 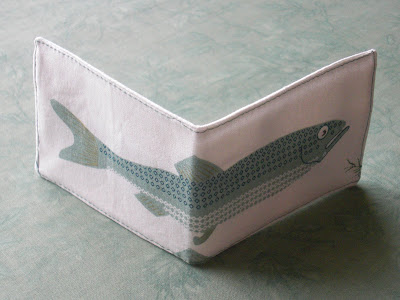 Now that I have my list of recycled towel crafts, the only thing left to do is get started!  Which one do you think you would do first?  Have you ever done towel crafts before?  What kinds have you done?

Tomorrow is Cinco de Mayo and though I’m not especially fond of pinatas and sombreros, I am a huge fan of parties.  In my mind you don’t need to have a specific reason to throw a party for your friends and family. Just getting together to have some food and drinks, some laughs and some […] 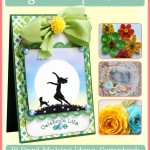 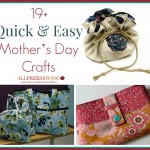 Getting your mom a gift for Mother's Day might have stumped you in the past, but this time it won't. We've rounded up a wide variety of sewing … END_OF_DOCUMENT_TOKEN_TO_BE_REPLACED