There’s a reason I was asked to write this post; I’m the only person in the office today who walked in bleary-eyed with a caffeine IV feeding directly into her veins because she just had to see the final Harry Potter film at midnight on a workday. But of course it was infinitely worth it. These bloodshot eyes are the mark of a die-hard fan. But, as excited as I was to watch the final film on the big screen last night (or this morning?), I was even more excited to write this blog post. I love crafting just as much as I love Harry Potter, and for me, those two loves are synergistic. I’m never more serene and productive than when I take an afternoon to watch one of the movies with knitting project in hand. I’m not the only one who has noticed that crafting and Harry Potter fandom go hand-in-hand. Knitting is featured prominently throughout the books and films, almost as if it were an intrinsic quirk of the wizarding world.

Gryffindor scarves, Weasley sweaters, charmed needles, and house elf liberation hats have become just as much a part of the magical scenery as owls and pumpkin juice (seriously, watch the entire saga sometime and count how many jokes they make about pumpkin juice). But the thing that sets knitting apart from other aspects of the wizarding world is its accessibility to us Muggles. We can’t cast spells, explore Hogwarts, or brew potions (although I have a recipe for a Goblet of Fire cocktail in the works), but we can knit wizarding paraphernalia. It’s our way of participating in this wonderful magical world where everything is gilded with the touch of imagination.

Lion Brand debuted three new Harry Potter projects today, aptly modeled after the three deathly hallows, and designer Michelle Urcuyo commented that her invisibility cloak is quite different from the one described in the books or illustrated in the films. Instead, her pattern reflects the story’s ability to spark our imagination and inspire us to create something outside the box. Michelle’s pattern riffs on the concept of an invisibility cloak, evolving into a mysterious and silvery feminine capelet. Likewise, her resurrection stone takes the shape of a large crocheted ring emblazoned with the symbol of the deathly hallows rather than the small geometric stone seen in the film.

I’m consistently amazed at the creativity of Harry Potter crafters. I have seen oodles of scarves, mittens, socks, and hats knit in house colors, and I’ve seen several golden snitches. I’ve also bookmarked quite a few replicas of Hermione’s various knit items from the films (I’m convinced her costume designer is a knitter). I had seen a wand made by knitting an I-cord around straws for stability, but Lion Brand’s elder wand project takes the cake. By wrapping yarn strategically around a dowel, you can create the distinctive knobby shape of the elder wand. The only elder wand more authentic would be whittled from an actual tree branch (and yes, I have already begged the Eagle Scout in my life to do this for my birthday).

The reason I want a handcrafted wand so badly is not that I want to walk around with one in my back pocket just in case I come across a dementor. The need for a wand involves a wonderfully imaginative book called Charmed Knits, which features all Harry Potter inspired knitting patterns, including a little gem called a dragon skin wand cozy. I confess to you all: I have made this pattern, and it was one of the best knitting patterns I’ve ever done. Unfortunately, I had no wand that required a cozy, so I gifted the project to a crafty friend who actually owns a wand (which she made from a dowel rod and modeling clay).

Another project I’ve still got on the needles from Charmed Knits is an owl modeled after Errol. I have a fantasy that I’ve guarded like a horcrux for the past year, and I’m going to share it with you: I think the ultimate combination of kindness, knitting, and fandom would be to send handcrafted Harry Potter paraphernalia to a fellow fan along with a handknit owl and a Hogwarts acceptance letter written on parchment in dark green calligraphy (as specified in the Sorcerer’s Stone). Because we all know that our inner 11-year-old is still waiting for her letter from Hogwarts, right?

Latest posts by AllFreeKnitting (see all) 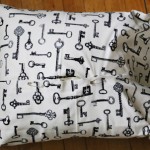 In celebration of the new pre-cut fabric line at Michaels Stores, we have a fun and simple new home decor project to share. This is a project you can easily whip up in just a few minutes. The new Michaels fabric comes pre-cut and this project uses just that pre-cut piece to create a simple project […] 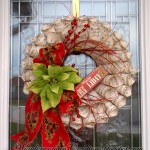 Hey, Christmas crafters! Did you know wreaths have been a household decoration since Christmas was first celebrated? In fact, they were around long … END_OF_DOCUMENT_TOKEN_TO_BE_REPLACED 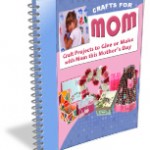 We are excited to share our newest eBook with our readers, Crafts for Mom: 30 Free Craft Projects for Mother's Day.  With Mother's Day quickly … END_OF_DOCUMENT_TOKEN_TO_BE_REPLACED