In recent events, it appears that Facebook is now cracking down on people with false names. In fact, these people I am referring to have been banned from the Facebook Site with their IP Addresses Blocked. Essentially they are blocked right out of the system.

On my internet sites, we are all about crafting and sharing projects back and forth. We have great community spirit. Some communities like AllFreeCrochet have nearly 20,000 followers. You can be sure that there is a significant portion of these same people that have false names on Facebook due to privacy.

As much as we all love crafting, we have an obligation to ensure we are playing by the rules on many of the social networking sites we use.

In a recent concern posted to our community about the usage of fake names on Faecbook, clearly we all have an opinion. Who’s to say who is right. I think there is a time and place for having a fake name for privacy reasons.

Though some of us want to hide from others. The way Facebook is designed causes connection with others. As someone that is hiding, it’s easy to locate someone else that may know you and see if there is a connection and check friend’s lists. I’m not trying to scare anyone, just being realistic.

Measures You Can Take:

As much as it kills me to say this. We all have to remember that it is not our right to use Facebook. It is a privledge. They are a company where they need to protect their data and their statistics. They have the obligation within themselves to ensure their data they are collecting is accurate. 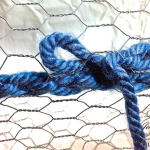 My fave event at the Craft Hobby Association Show in Anaheim is the Prime Publishing Blogger Networking Event. I love putting faces in person, to folks I’ve become friends with in type. And when you get home, the swag arrives, big time! This year I got a large selection of metal and metal tools from MD Crafts. […]

Any diehard knitter knows that knitting isn’t just for the winter and fall. There are plenty of gorgeous, light and lacy patterns that can a … END_OF_DOCUMENT_TOKEN_TO_BE_REPLACED 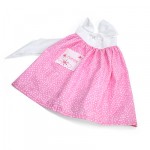 Mother's Day is coming up fast and I still don't know what to get my mom. She's a great cook and I love all the food she makes. At Christmas-time she … END_OF_DOCUMENT_TOKEN_TO_BE_REPLACED